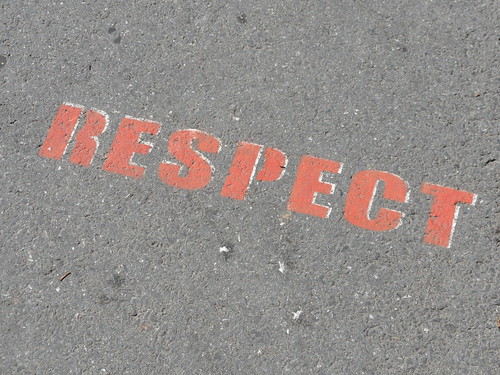 It is not really difficult to be a great substitute teacher. The main thing to remember is to respect each student who comes into your classroom, no matter who they are or how they behave. Children and adolescents respond to respect, even when they are not behaving as we would want them to.

A former substitute teacher earned the nick-name "the cool sub" from a student who came to the door of the classroom, took one look at her sitting at the desk, and happily called out "Oh good, it's the cool sub!" The sub did not do anything to consciously earn this nick-name. However, the one uncommon thing in this environment that she did was treat each student with respect. If we want to teach our youth to be respectful, we must model respect first; after all, we are the adults.

Giving respect consistently entailed expecting respect in return. The "cool sub" began every morning by writing two things on the board (a black board was in use at the time): her first name and her last name. Then she introduced herself. This made it easier for students to remember her name, which encouraged proper use of the name and...respect.

She continued each lesson by telling students there were only two things she expected of them. The first was not to speak while she was speaking. She would gladly listen to what each person had to say, but could not hear them if she was speaking at the same time. This seemed to make sense to them, and to the sub, signified respectful behavior.

The second thing the "cool sub" requested (not demanded), was that they respect their classmates who wanted to focus on doing their work. If the student did not want to do their work, that was their problem. They would pay the consequences, not the substitute or anyone else, so the cool sub would leave it up to the students to do their work or not. However, the sub required that they remain quiet, even if they did not want to do their work, so as not to disturb those students who chose to do the assigned work. This seemed to work well, and the students learned a form of respect that seemed out of practice in the school. This cool sub only sent one student to the office once in all the time she was a substitute.

If a student was not in their seat, the substitute made it a habit to go up to them and ask them quietly to please return to their seat. The response was usually an "Oh sure" and a retaking of the seat. There was almost never an issue made of this, and again, everyone felt respected.

In this particular school, the substitute too often found  that other teachers resorted to yelling, sometimes even before they attempted a respectful request. This set the expectation for students that if they behaved a certain way, they would be yelled at, which reinforced initial negative behavior and encouraged more resistance. By respectfully requesting a change in behavior, most often the student complied.

Of course, these measures will not always work in every school environment. However, showing respect cannot hurt anyone, and is certainly worth a try! It takes some of the stress out of substituting, and even can make substitute teaching enjoyable and a pleasant learning experience.